In the spring of 2004 Lambs were asked to consider the possibility of supplying terracotta details to repair the finials and copings at Ipswich Town Hall. The present Town hall was built in 1867/8 to a design by Bellway and Hardy Architects and described by Nicholas Pevsner as "Italianate, with a French pavilion roof over the raised centre, and quite undistinguished." The current web page Visit-Ipswich is more generous, it says "A building of grand Victorian proportions," and points out that it was built out of Bath stone, red sandstone, Portland stone and that it has statues, representing Commerce, Justice, Law & Learning and agriculture, sitting high above the Civic balcony.

The original urns and pineapple finials were produced in Lambeth by Doulton & Co, who later became Royal Doulton, and it must have been a very early example of Henry Doulton's expansion into decorative wares. These units can be attributed to Doulton because of the makers stamp found in the base of some of the units.

The failure of the original Royal Doulton terracotta pieces was due to the common problem of rusting iron supports. Multi piece decorative pieces and those with narrow necks were often given additional support by the insertion of iron rods with the space around the rod poorly filled with weak concrete and rubble. The expansion of the rusting metal split the terracotta causing partial or complete failure. Lambs were given the order and the task of reproducing the failed terracotta and the first activity was to visit site to take composite rubber moulds, as can be seen here being taken by the Workshop Manager from the Portland Stone details. With the addition of numerous photographs and detailed measurements the rubber casts are taken back to the workshop for the next stage of production.

Fired clay products will shrink at two stages during manufacture and therefore moulds and drawings have to be scaled up to allow for the loss of size during drying and firing. Two types of clay, a buff and a red were used in the production of these units, thus adding to the complicated shrinkage calculation. The fine detail of the pineapples and leafy bowl moulds were first filled with slipped red/buff clay, to maintain the fine detail, and then polished to a finish. Once the clay had dried and the moulds were removed the units were placed in the dryer where they would sit for several months to carefully dry and avoid shrinkage cracks. The plaster moulds also have to be dried before being reused.

Once the units are dry enough they are carefully loaded onto the kiln trolley and rolled into the specially manufactured gas fired kiln. This kiln has a 6 day cycle taking the temperature over 1000degrees centigrade and down again within 6 days until the moment of truth when the kiln doors are opened. Once drawn from the kiln the units are carefully checked before packing ready for dispatch to site.

Lambs full size drawing for the approval of the Architect. Hand drawn by the ceramicist who hand crafted the final product.

Lambs surveyor taking detailed measurements of the existing Portland stone finials in order for us to reproduce the design in terracotta to match the existing Royal Doulton finial bases.

Lambs surveyor applying latex to the existing detail in order to take a profile for manufacturing purposes.

Lambs replacement Royal Doulton Capital ready to be released from the mould and hand finished.

Ipswich Town Hall and General Post Office shortly after construction where the existing terracotta and stone finial can be seen in the background. 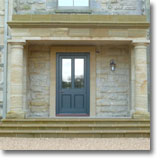 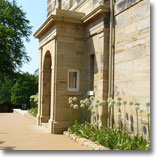 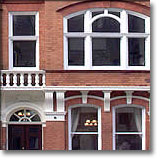 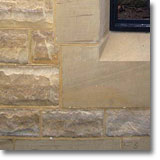 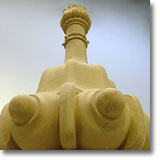 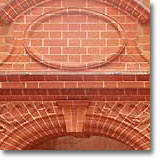 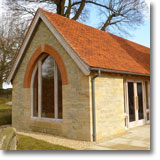 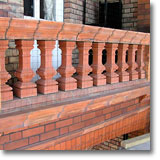 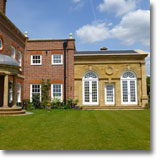 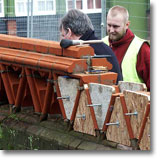 We are passionate about our products and love to see them used well in impressive buildings. Here’s how you can achieve the perfect finish.

Our experienced technical consultants would be happy to answer your questions about any of our products or materials. Contact us to discuss what you need. 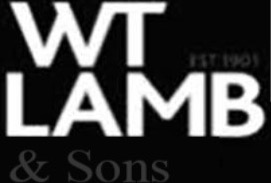 Copyright © WT Lamb & Sons Limited, Trading and Lambs Bricks & Stone.
2022 All Rights Reserved Company Registered in England and Wales.
Samples are indicative of the texture and colour of our material.
No warranty is given or implied that goods will in all respects be equal to the sample.